The Bullies of the Outlander Fandom

Take for example the bullying that the SSers (super shippers) continue to heap on anyone in the Outlander fandom who disagree or disprove the Ship. The hubris of these women! I know they like to think they are the center of the Outlander fandom universe and make up the majority of it, but  they are far from it. They have gone after countless fans, many reporters, Meril, Matt, Terry, Ron, Diana, Graham, Steven, Paul Camuso, Grant, even Sam and Cait themselves, and anyone that Sam or Cait has been photographed with of the opposite sex who is not Sam or Cait.

Awhile back these SSers decided to take on William Shatner. He was defending his friend, Sam, and not letting them get away with their pack of lies. Which, of course, infuriated them, because nothing upsets a bully more than to be called out on his or her actions, and they decsended on his twitter page en masse like a swarm of shrieking eels. Not to worry, however, as Mr. Shatner can say in only 140 characters more than I can in two pages of writing. Now remember, the SSers were the ones to start the battle (with one of the leaders even telling him to shut up), but true to bully form, they all claimed they were horribly bullied by a misogynistic has-been. There were those not of the SSers' group who disagreed with how Shatner went about smacking these women down. And that's certainly fair enough. But Mr. Shatner refuted all their lies about the ship and brought to light the problem the fandom has with this group of bullies.

The SSers are a bigger group of misogynistic women I have not seen. Psychology Today states:

A recent study finds that women are more likely to be misogynists than men—at least on social media. The study, which was conducted by a social intelligence company called Brandwatch … found that 52 percent of misogynistic hate speech tweets came from women, versus 48 percent from men. … half of misogynistic tweets (which contained the word “whore” or “slut”) came from women. … the tweets in question, are still social media—or as I like to call it: Disneyland for trolls, where bullying and cruelty are its main attractions. (Emphasis added) (October 25, 2016)
https://www.psychologytoday.com/blog/valley-girl-brain/201610/are-female-misogynists-the-rise

Sound familiar? The current favorite to bully online is Mackenzie Mauzy. They want her to die. They slut shame; date shame; body shame; photo shame; work shame her. They mock her photos, her poses, her life. But guess whose fault this is? Why Mackenzie's of course! She didn't disable the comments on her IG posts! This is classic bully behavior - it is never the bully's fault that they bully. The victim has somehow done something to allow it or cause it. Then if the bullies are called out or receive flak for their terrible deeds, they firmly believe they did nothing to deserve such treatment and are themselves being bullied (a/k/a William Shatner and "the entire fandom").

So after bullying cast and crew, friends, SOs, and others in the fandom, the last thing left to do is to turn on the ones they profess to love - Sam and Cait. "Cait had to demean herself" by posting the picture for Sam who was "abdicating his responsibility" for not coming out and telling everyone every detail about his personal life.  They were betrayed! It doesn't make sense! Why are they doing this to meeeeee?!!!! 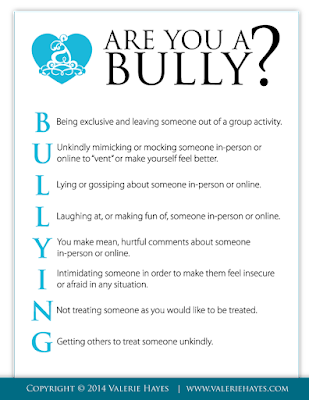 For nearly a year and a half Sam and Cait have definitely been leaving everyone breadcrumbs - in the form of the "We are NOT together" video interview. "We aren't together" articles in proper magazines, newspapers and online news sites. The fact that you blatantly chose to ignore ALL OF THIS is your own fault. Not Cait's; not Sam's. They have not manipulated you or played any games. Their significant others do not stir the pot, cause controversy, or taunt the fandom.  Sam isn't a coward for not sharing his private life with you. He's not afraid to claim his girlfriend ("so his costar does it for" him). They don't leave shippery breadcrumbs. Sam doesn't need "to be seen dating her in public." For God's sake, neither Sam nor Cait owe you anything regarding their personal lives. They owe us all a great performance as Jamie and Claire and that is all. (Which they deliver in spades.) (And regarding Sam and Mack being seen in public - he attended a wedding with her where a video went around showing them looking pretty cozy. Also, don't forget the photo of them at a winery(?) where they were facing each other, mirroring each other, and the look Mack was getting from Sam was so hot it nearly set my monitor on fire.

One more thing about Mackenzie - one of the SSers on the top of the food chain stated that it's "been a year of solid bullshit. Mackenzie has done nothing to earn my respect, and, quite frankly, is partially responsible for a lot of the bullshit fighting in this fandom. I don't feel the need to be nice to her just because she's associated with  Sam and Cait.  …so I'm not going to apologize for what I've said today and I don't expect anyone else to either. I'm sick of being told who I have to be nice to…" (Well for heavens sake, by all means DON'T APOLOGIZE for crappy things you say! Dear god! The horror!) No one expects you or anyone else to have to like or respect someone simply because of who they are dating. I think the majority of this fandom expects people to be nice. It won't kill anyone to be nice on social media. Mackenzie in no way is responsible for any fighting. That is bully mentality blaming the victim. Nobody has to like her, but everybody should be kind to her. Not because of who she is, but because she's a human being. Take your misogynistic, bully hats off and if you can't be kind, be silent. Leave her alone. The world does not revolve around you, SSers. She won't miss you a bit if you leave her alone.

The SSers claim that they've been misled all this time because of how Sam and Cait act around each other when doing promos for the show. (See how it is never the SSers' fault?) I feel sad for the lot of you because you obviously haven't experienced a close friendship with a member of the opposite sex that doesn't actually include sex. As friends you will admire what the other is wearing, you will look at them with a smile for a secret joke, you are touchy/feeling (some people more so than others). You know things about each other and tease each other about it. You are comfortable around each other. You hug. You kiss on the cheek (sometimes on the lips). But it doesn't mean you are in love with each other past the point of genuine friendship. It doesn't mean "So Married!" Add to it that Sam and Cait are going through this newfound fame as actors together, on a new show, with intense love scenes, and intense emotional scenes together. All while working in tough conditions, probably 18 hours days, far from friends and family. You are bound to become close and learn things about each other. There is no denying that Sam and Cait together are adorable, funny and sexy.  Who doesn't want those people to be together? However, they are not being disingenuous. It's a part of their job, and fortunately they actually are good friends so they can have a good time whilst doing the promos and the cons and the interviews, etc. But the real life Sam and Cait have their own interests and lives. Which is to be expected.

Regarding the photo Cait posted about Sam beating her up (again) on set while filming.  The SSers took this as a breadcrumb from Cait that Sam had given her a hickey on her thigh. Yes, that makes so much sense. Cait, who gives nothing of her personal life away, gladly posted a photo of herself with a hickey given to her by her super secret husband. ("So Married!") There was even an expert on the whole shot giving who said that Claire would never give herself a shot in the thigh because that's not how it's done. (She clearly hasn't read the book.) Claire does indeed give the shot in her thigh because Jamie is too concerned about hurting her with the needle. Also, for everyone who has ever given or gotten a hickey, we are aware it does not leave behind two pinpoint marks in the bruise. (Well, maybe - if you were making out with Dracula or Kaa.) 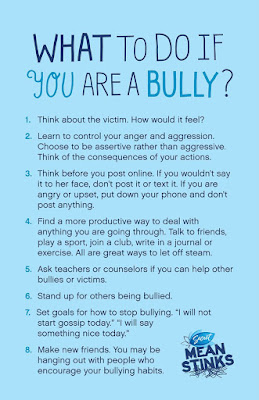 Final thing. SSers, you do get behind Sam and Cait's charities. But why? Do you really care about that? Or are you simply looking to pat each other on your back, saying "Look what we did! We are the best fans ever!" You go to the comic cons and race to have your photos with Sam and Cait. This is after saying rotten things on social media about the people in their life, and about them. After mocking other fans' photos with Sam and Cait, you then then do the exact pose yourself. You claim to be all about love and light and hugs, but you are a den of vipers waiting to strike at anyone you feel is threatening your already sunk ship. Here's the thing - you are all so busy congratulating yourselves on how amazing you are as fans that you don't see the hypocrisy, bullying, misogyny, and hate that spews from your blogs. And until you take a look at what you are putting out into the Universe, you are always going to keep asking, "Why does everybody blame us?"
Posted by Just Joan at 3:09 PM